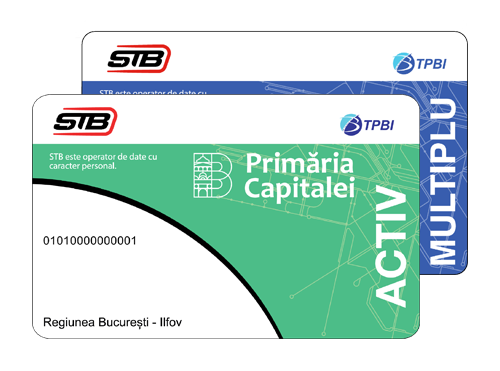 Trips are products that are part of our fare offer, which can be loaded on the travel card, and they must be validated in all vehicles one uses, on the electronic equipment installed for this purpose.

The payment for one metropolitan trip allows the use of surface public transport vehicles in the Bucharest-Ilfov Region, within a period of 90 minutes. After the validity period of the ticket expires, it may be used only in the vehicle in which this situation occurred, until the next station. Subsequently, the trip can be continued only by paying for a new ticket.

The metropolitan and metro trips allow the use of surface public transport vehicles in the Bucharest-Ilfov Region and the metro, within a period of 120 minutes. If you have already passed the metro access gates within a period of 120 minutes, the metro trip can be continued without the need for paying for a new ticket. After the validity of the travel ticket has expired, it can only be used in the vehicle in which this situation occured, until the next station. Afterwards, the continuation of the trip can only be done by paying for a new trip.

The value of one trip is withdrawn from the travel card when the card is validated in the first vehicle one uses or when a new validation is performed, when the validity of a ticket expires.

When the card is validated in multiple vehicles within 90 or 120 minutes (the validity period of the metropolitan trip/ metropolitan and metro trip), the validator displays the following message: “Transfer de pe linia X pe linia Y” ("Transfer from line X to line Y"). By consulting the card, the validator shows how many minutes the ticket is still valid.

The Activ nominal card is not transferable. Thus, it can only be used by the holder. This type of card is free of charge and when is issued for the second time, the price for the new card will be 4,7 lei.

The non-nominal Activ card is transferable and can be obtained for 3,7 lei.